Properties and Uses of Carboxylic Acids 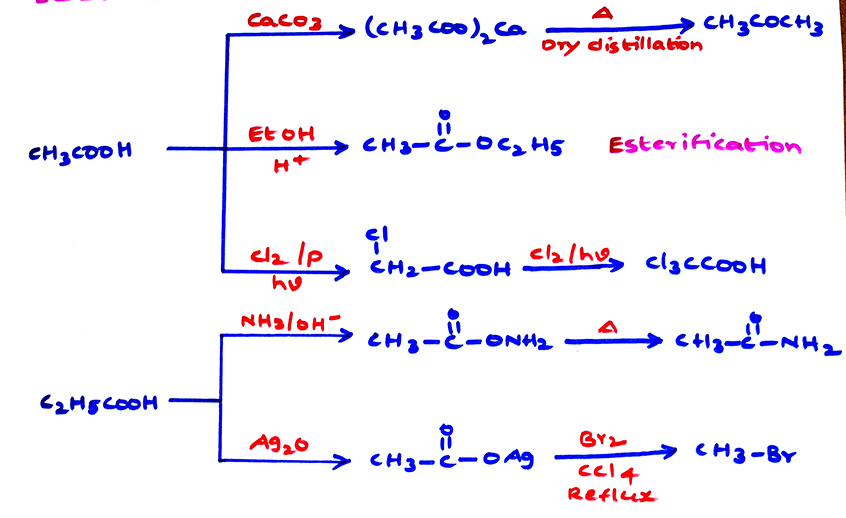 (ii) Reducing with Tollen's reagent:
only formic acid will give this test
(iii) Fehling test
(iv) Formic acid does not react with NH2OH

Carboxylic acids are weaker acids than mineral acids (HCl, HNO3, H2SO4) but stronger acids than alcohols and some phenols.

Acidic strength can also be understood by the type of group attached to the carbon of carboxylic acid.

Arrange the following in decreasing order of acidic strength:- 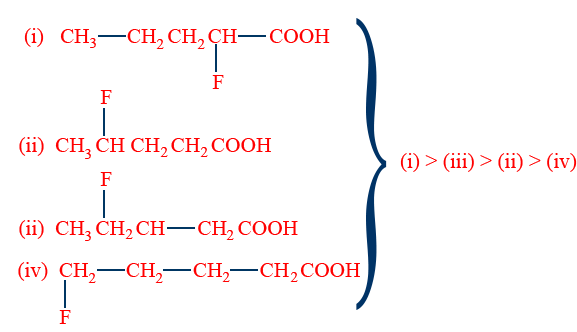 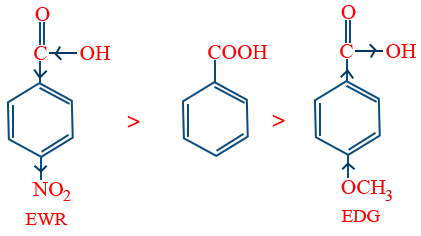 Whether an electron releasing group or withdrawing group present at ortho position in benzoic acid it makes more acidic than benzoic acid. This effect is known as ortho effect. 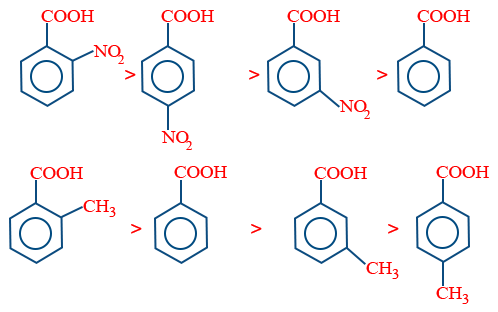