Physical and Chemical Properties of Amines 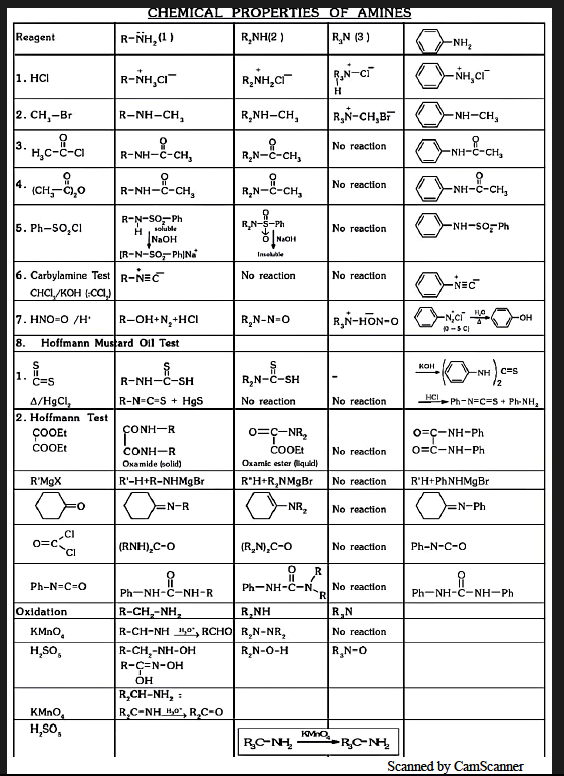 Hoffmann Bromamide Degradation Reaction
Best method for removing of carbon:
When amide is treated with Bromine in the presence of strong base gives amine which has 1 carbon less than that of substrate that's why reaction is called degradation reaction

Note:- The above method is useful in various conversions
Toluene — Aniline

PHYSICAL PROPERTIES
Aniline is soluble in dil. HCl because it can form aniline ions.
Amines are in general colorless due to interaction with atm. O2 they turns to brown colour.
Basic nature of amines:- When amines are treated with an acid forms salts, this inferences the basic nature of 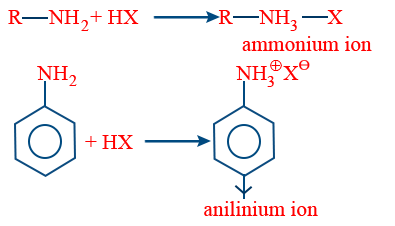 In case of ethyl or any other aliphatic amines:-
+I effect dominates solvation.

AFFECT OF GROUP TOWARDS BASIC STRENGTH OF ARYL AMINES 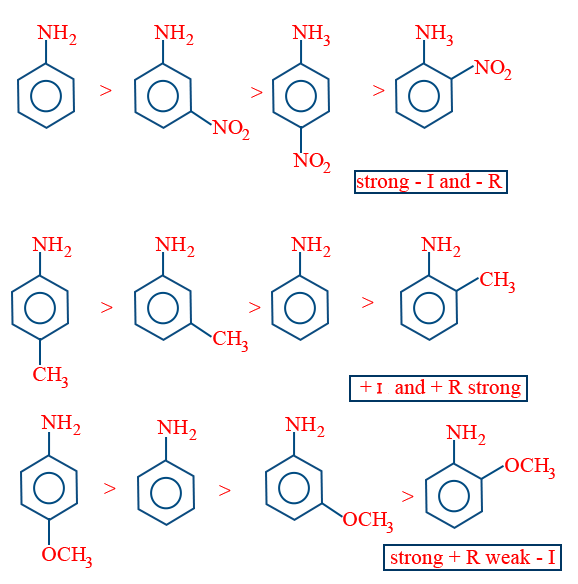 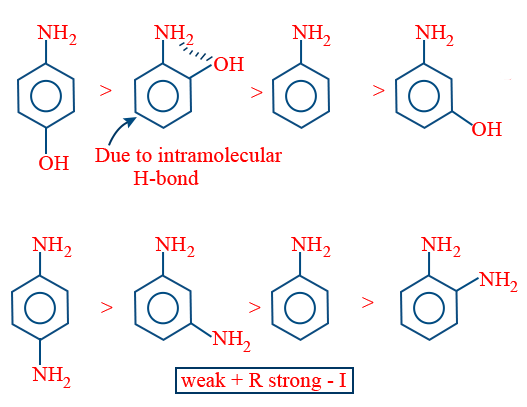 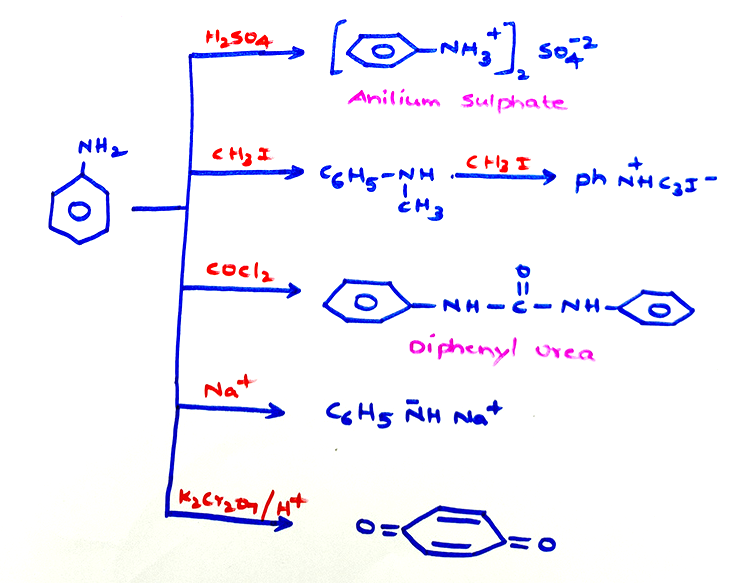 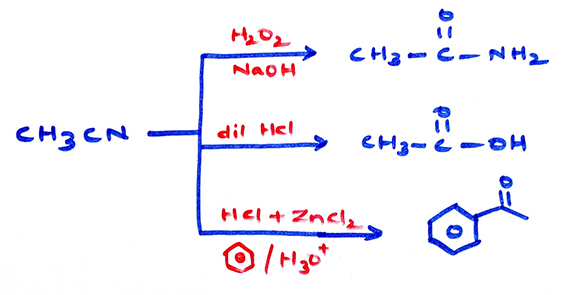 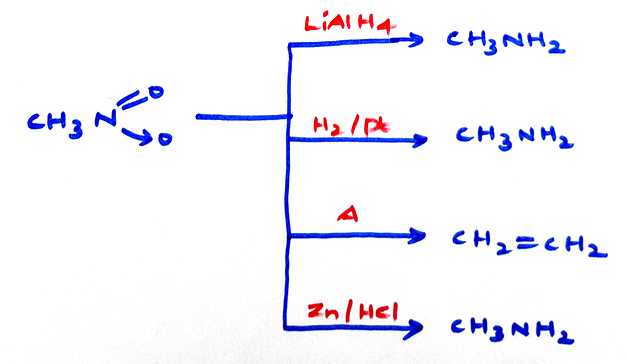